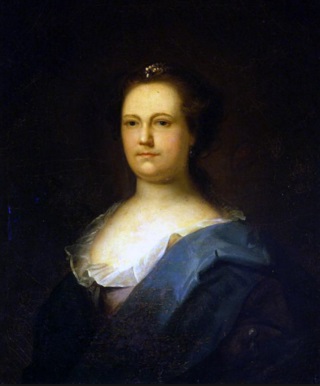 A bachelor in his twenties was frowned upon and Franklin at age 24 was set to find a wife.

Deborah Read, who he had courted before going to England, had married Roger Potter during his absence. In 1727 Potter had ran away to the West Indies escaping creditors.

The wife of Thomas Godfrey, a mathematician who lived in part of Franklin’s house with his family and Junto member, tried to make a match between Franklin and a relative’s daughter. Franklin started courting the girl and expected a large dowry for their marriage. He had planned to use the dowry to pay the remaining debt for the printing house which added to 100 pounds. The parents declined to pay and the relationship was terminated as well as his friendship with Thomas Godfrey. 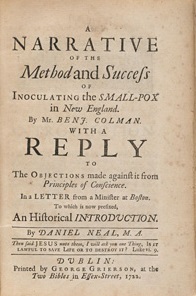 On September 1, 1730 Benjamin Franklin married Deborah Read. They entered a common-law agreement which protected them from bigamy if her runaway husband returned.

Deborah assisted in the business by folding and stitching pamphlets, tending shop, purchasing old linen rags for paper makers. He found her a “good and faithful helpmate”.

Around the time they married Franklin took custody of an illegitimate child, William. The name of the mother remains a mystery.

The couple had two children. The first was Francis Folger Franklin born October 1732. The second, Sarah Franklin born in 1743. In 1736 Francis, who was 4 years old, died from small pox. He had not been inoculated. Inoculation had proven successful after the 1721 outbreak in Boston when 5,889 Bostonians had smallpox, and 844 died of it. About Francis’s death Franklin wrote in his autobiography:

“In 1736 I lost one of my sons, a fine boy of four years old, by the smallpox taken in the common way. I long regretted bitterly and still regret that I had not given it to him by inoculation. This I mention for the sake of the parents who omit that operation, on the supposition that they should never forgive themselves if a child died under it; my example showing that the regret may be the same either way, and that, therefore, the safer should be chosen.”