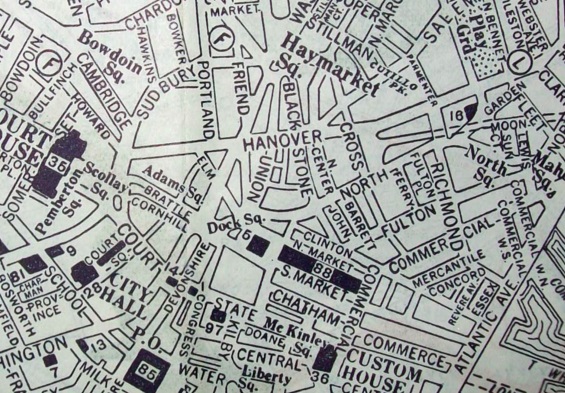 Benjamin Franklin was born on January 17, 1706 in Boston in what was known as the Massachusetts Bay Colony. He was born on a small house on 17 Milk Street, across the street from the Old Meeting House. His father was Josiah Franklin, soap and candle maker. His mother was Abiah Folger, a home maker. Franklin was raised as a Presbyterian.

His father, Josiah Franklin, emigrated from England in 1682. He had 7 children with his first wife, when she died he married Abiah Folger and had 10 more children, a total of 17 in which Benjamin was the 15th and youngest son. His mother, Abiah Franklin (Folger) was the daughter of Peter Folger, one of the first settlers of New England. 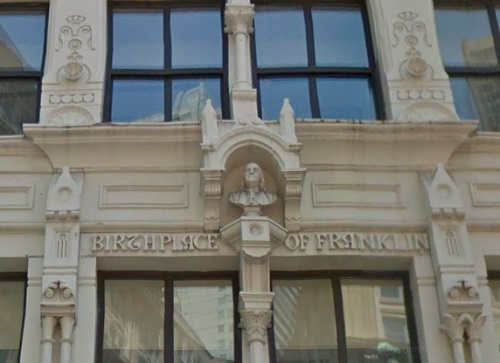 A bust on the second floor of 17 Milk Street commemorates Franklin’s birth. 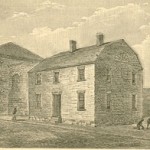 Boston Latin School is the oldest school in America. It was founded April 23, 1635.

At 8 years old young Benjamin Franklin started attending South Grammar School (Boston Latin) showing early talent moving from the middle of the class to the top of it within a year. The following year he attended George Brownell’s English School, a school for writing and arithmetic. He showed great talent for writing and little for arithmetic.

Young Franklin loved reading; he would borrow books from friends and save every penny to buy books. When he was 16 he became a vegetarian partly because he did not like to eat anything that was killed and partly to save money to buy books. He read voraciously trying to improve his writing style, grammar and eloquence.

His father intended for Benjamin, as his youngest son, to serve in church but he showed no inclination for it. Unfortunately he had to cut his education short as his father could not afford paying for it. 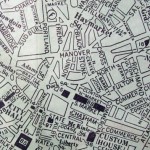 Josiah Franklin’s candle and soap shop was located at Hanover and Union streets.

At 10 his father took him in as an apprentice in his soap and candle making shop. This shop was located at Hanover & Union streets, the building was torn down in 1858.

Benjamin was in charge of cutting wicks for candles, filling molds, attending the shop and running errands. His father intended for his young son to inherit the business when he retired however Benjamin did not want to follow his father’s steps, he wanted to be a sailor. He was employed in this father’s business for 2 years.

In 1717 his brother James returned from England with a press and letters to set his printing business in Boston. To prevent Benjamin from becoming a sailor, as his brother Josiah had, his father sent him to work with his brother James as an apprentice. He made him sign an indenture for his apprenticeship which bounded him until he turned 21 and only then he could earn wages.

His brother was abusive partly because Benjamin showed talent. Confrontations were taken to his father who usually ruled against James. 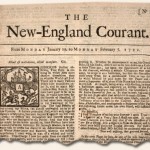 Even after Benjamin ran away to Philadelphia the New England Courant continued to be published under his name until it ceased publication in 1726.

In 1721 James Franklin founded the New England Courant; the second newspaper in America, the first one was the Boston Newsletter.

Benjamin was in charge of setting the letters for the printer and sell newspapers door to door. This job did not satisfy him, he wanted to write but knew his brother would object. One day he left an anonymous article under the door of the print house signed under the pen name of Silence Dogood. From April to October 1722 he submitted 14 Dogood letters which were well received and published by the Courant. Dogood was a fictitious character, the widow of a country minister, “an Enemy to Vice, and a Friend to Virtue”. She abhorred arbitrary government and unlimited power.

The New England Courant was a liberal newspaper publishing humorous articles and cartoons against the colonial government. One of the pieces published in June 1722 offended the Assembly and James was jailed for two weeks for contempt as he did not disclose the author. While James was in jail Benjamin ran the business.

When James was discharged he was prohibited from printing the Courant so it was advertised as printed by Benjamin Franklin.

The Courant was published until June 1726 for a total of 255 issues. Conservative and puritanical Boston was no place for a publication like the Courant. James was the first fighter for journalistic freedom in America and the most important journalistic influence on Benjamin Franklin.  James Franklin closed up his printing shop and moved to more liberal Rhode Island.

When James was banned from printing the Courant, Benjamin was secretly discharged of his apprenticeship so that the newspapaer was pretended to be printed by him. In 1723 at age 17, Benjamin took advantage of this clause and decided to leave his abusive brother and go to New York in search of work.

He left Boston to New York with very little money in his pocket. Unable to find work in New York he proceeded to Philadelphia where he found employment in the printing house of Samuel Keimer. He lodged in John Read’s house. Franklin eventually married his daughter, Deborah Read, in 1730.

Philadelphia was a city with a population of 2,500. It had been founded in 1682 and by 1720 it had become an important trading center and a major port. The first immigrants were Quakers followed by Mennonites, Jews, Catholics and Anglicans which called for more religion tolerance than Protestant Boston.

Through his brother-in-law, Robert Holmes, he met Sir William Keith, Governor of Pennsylvania. He liked Franklin’s company and usually took him to dine in his home. The governor offered him government business if he was to set up his own printing shop. With a recommendation letter from the governor and after a 7 month absence Franklin returned to Boston to ask his father for a loan.

Back in Boston his father declined to give him the loan, in his opinion he was still too young to be trusted with the management of a business and a great amount of money. Josiah Franklin was proud of his son for obtaining such important recommendation form a governor and creating a good reputation in such a short period of time. He promised him that when he turned 21 he would help him financially.

Franklin returned to Philadelphia where he continued working for Samuel Keimer.

During this time he was courting Deborah Read, the daughter of his landlady. Her mother refused to let her marry before Franklin’s trip to England.