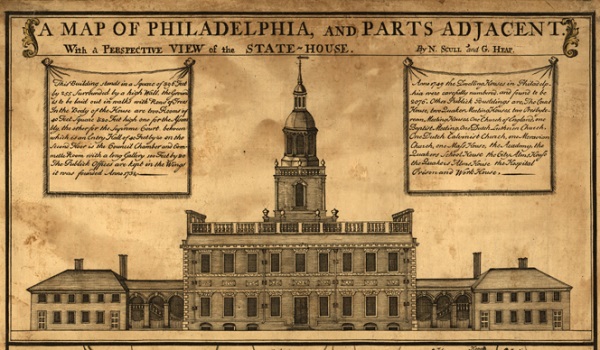 Independence Hall in Philadelphia is where the Declaration of Independence and the Constitution where debated and approved.

After the Peace Treaty of Paris was signed in 1783 Franklin had to wait two more years until he was relieved of his duties as ambassador in Paris. Once in the United States, on October 18, 1785 he was unanimously elected President of the Council of Pennsylvania. He was reelected in 1786 and 1787, serving for three years, the limit set by the constitution.

Benjamin Franklin was the oldest delegate to the convention at 81 years old. The youngest was Jonathan Dayton, representative from New Jersey, he was 26. Franklin was suffering from poor health and was planning on giving a speech before the signing of the Constitution. He was too weak to deliver it and had James Wilson, representative of Pennsylvania, read it to the audience. This was his last major public appearance. Read Benjamin Franklin’s speech to the Constitutional Convention.