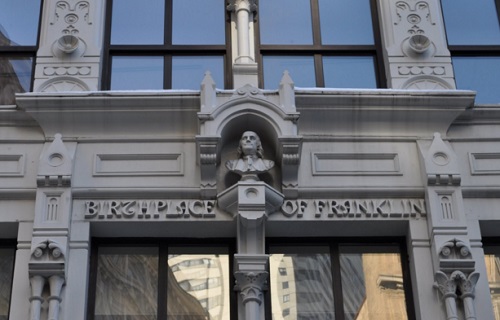 Benjamin Franklin was born on January 17, 1706 in Boston in what was known as the Massachusetts Bay Colony. He was born on a small house on 17 Milk Street, across the street from the Old Meeting House.

Benjamin Franklin was born in this house and lived there for 6 years with his father Josiah, mother Abiah and his 16 siblings. Benjamin was the 15th and youngest son. He lived with his family until 1723. He was 17 years old when he decided to leave to Philadelphia. 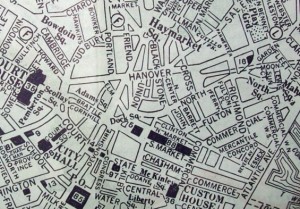 Franklin stated that he was born at the corner of Hanover and Union Streets in Boston but according to the Bostonian Society he was mistaken as records show that Josiah Franklin was a tenant at 17 Milk Street from 1685 to 1712 and Benjamin was born in 1706. The family later moved to Hanover and Union streets where his soap and candle shop was located.

The building at Hanover Street where the family later moved was destroyed in 1858.